Perhaps if we think of anime or manga, we are much more likely to associate the theme with action, big fights, or beautiful girls in school clothes. However, there is also room for mystery and logic lovers, like manga, anime, and light novels have spawned some of the greatest detectives in the world. Do you want to know who we are talking about? You just have to turn the best detective anime! 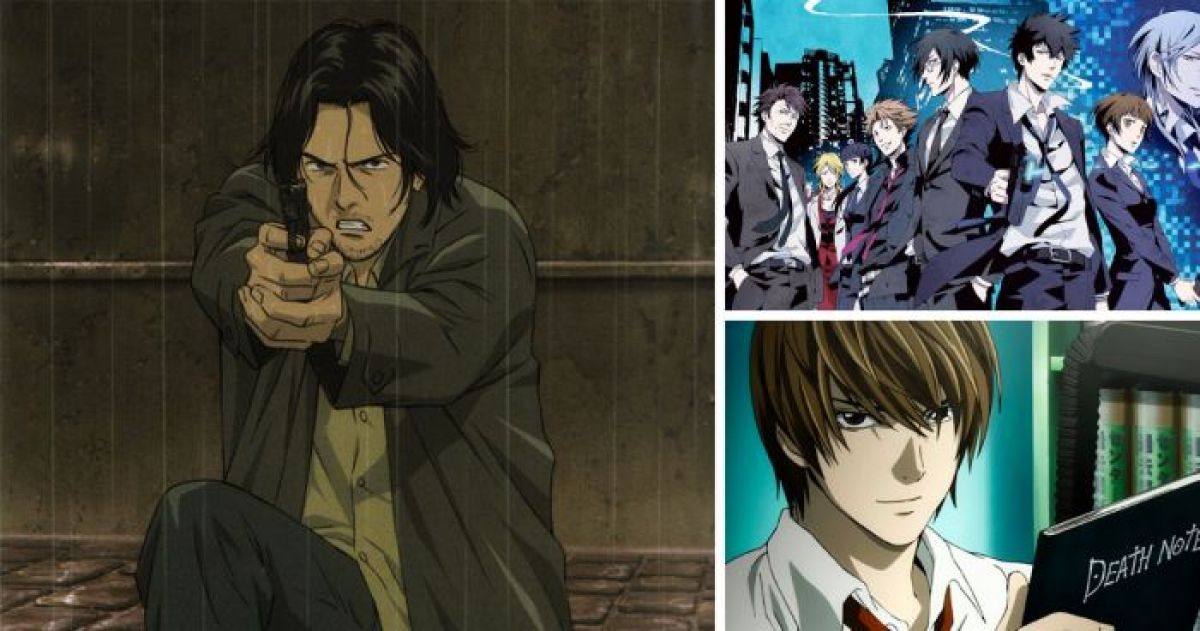 Ok, Batman is not a character “created in Japan.” However, he has known to have more than one adaptation to manga or anime, making the term ” Batman ” famous. We can even talk about Batman: Death Mask and a Gotham Knight short, for example. If the premise is “the best detective in the world,” it could not be limited to Gotham City, right?

All in all, it earns the # 10 position for this very reason, since if we get detailed, many probably did not expect to see it here.

There are many types of detectives, some more attached to science than others, and even many supernatural powers. In this girl’s case, LillyHoshizawa can use her knowledge of astrology to solve cases, adopting the alias of Spica when she is “on duty.”

The particular thing about this manga is that its target audience is not the men (whom we could easily associate), but a full-fledged shojo.

True, the “Star System” ( Star System ) of the master Osamu Tezuka has put in several roles, but in Metropolis where Shunsaku “Mustachio” Ban stressed its detective case qualities. We also make special mention of him in Astro Boy, as the master of Atom.

His characteristic mustache is his trademark, but he has also managed to solve complex cases that make him worthy of a place on this list.

The Zenigata inspector is one of Japan’s most famous detectives and a fictional descendant of the Zenigata Heiji, which could be categorized as ” Sherlock Holmes Japanese ” for its derivations in other characters. Plus, it features one of the detective series’ most famous antagonists, Arsène Lupine III, who won’t make it easy for you while maintaining his reputation as the world’s most famous thief.

In recent days, it is precisely one of the hot topics given the arrival of a live-action version of Lupine III, where the character of Zenigata is played by Tadanobu Asano (who you may remember from the Thor saga).

We already said that in world fiction, Sherlock Holmes seems to have no rival as the number one detective … And that is why a furry version of the character could not be missing.

The great Hayao Miyazaki was heavily involved in its creation, directing both the OVA and the first chapters. Legal problems (for Sir Conan Doyle’s rights) led to a production halt, and in the meantime, it was Kyosuke Mikuriya who took over the project and directed the remaining chapters. They are adventures in the same vein as the original Sherlock, but with anthropomorphic animals as protagonists … A formula that has been successful in more than one case.

Throughout Heat Guy J, “Dice” shows us how fun and cool the task of a Special Service detective at the BUS agency can be. Because you don’t have to be boring, organized, and stereotyped, Daisuke Aurora is the kind of detective that makes us all want to be a detective. And to top it all, he has an android assistant … Watson? Who is that?

Dr. Kenzo Tenma is in serious trouble when their steps are followed closely by the mysterious Heinrich Lunge. The Monster series is about a doctor who is linked to a series of deaths, and it is this character who tries to unravel the events, where Tenma is presented as innocent. Lunge becomes an antagonist to fear, which also generates a dark feeling with his manias and cold character.

Let’s consider ourselves lucky since, as spectators, we are the only ones who know L, “the best detective in the world.” Despite also being a maniac, he is the only one capable of facing “Kira,” the possessor of the famous Deathnote.

From the shadows, he manages to finish (or not, depending on the version of the manga or animation) with Light Yagami, even at the cost of his own life. Peculiarly, L is far from other names on this list, presenting himself as a simple eccentric boy with a hobby of solving difficult cases, an area in which he proved to be the best.

It is very likely that from the moment you read the title of the article, the anime/manga + detectives equation pushed you to search for a particular name: Detective Conan. Still, maybe you expected to see him in a position that is not this, but the first.

Conan is a simple boy who has earned his deserved fame solving cases … Precisely because he is the “young” version of the famous detective Shinichi Kudo, who, after failing in a mission, is poisoned with a substance that instead of killing him, shrink to its current appearance. Now his struggle will be primarily to break the organization that has defeated him before, while in turn finding an antidote to return to his “normal” form.

He may not be a character known to everyone, but there’s no way not to put him in the first place. If you don’t know who he is, you should run to see Master Keaton, starring this English SAS agent, who travels the world solving cases.

Taichi is what we’d get as a result if we put characters like MacGyver, Indiana Jones, and Sherlock Holmes in a mixer. A man can solve any mystery but does not deprive himself of the most daring action scenes, even when his resources are scarce.

You, who would you put in the ranking of the best detective anime?