Beyond being a series with excellent performances and wide recognition worldwide, Black Mirror is composed of a novel and a very original plot. And although we are sure that it is very difficult to even reach the ankles of this series, in this post, we want to recommend 5 shows like black mirror that we are sure you will love. Do you want to know them? Keep reading!

Black Mirror is an anthology series that follows various stories of people and scenarios that are affected due to a common factor: the negative side of technology. Here is a list of shows like Black Mirror that every fan will love. You can also enjoy the 12 Top Shows like Lucifer 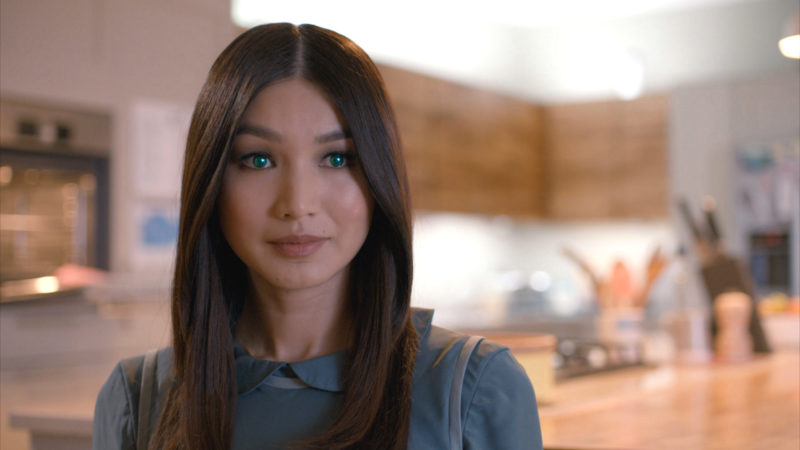 In Upload, we can see a perspective of what would be a world completely dominated by technology. Like Black Mirror, Upload is a series that shows a dark side of a technological world.

Set in the year 2033. Upload follows a new reality in which, after dying, humans move to a technological level where they can decide what their new life will be like.

This series shows us how the ambition of the human being can cross the limits allowing even technology to access parts of his mind without measuring the consequences. Surely you will find in this series more than one detail similar to what we can see in Black Mirror.

In a fictional future in Paris, an application called Osmosis is released. This allows people, through a deep evaluation of their minds, to identify who would be their perfect match. However, letting Osmosis invade every corner of your thoughts will bring irreparable consequences.

When we talk about series like Black Mirror, Altered Carbon is undoubtedly one that enters the list. From mysteries to tragedies due to the misuse of technology, this series is sure to catch you.

Going to the year 2384, where the human being has created a technology that allows storing the human identity that after death can be reassigned in a new body. The plot follows the story of Takeshi Kovacs, who is transferred to the body of a former policeman who allegedly committed suicide. However, Kovacs suspects that this is not true and decides to start his own investigation to discover the truth.

A mad scientist, a lot of runaway technology, and an obsession with life after death are what perfectly describe The OA as a Black Mirror-like series. Although considered one of the rarest series on Netflix, this science fiction production is a fresh alternative to investigate this platform.

After years of searching, a young blind woman appears in a hospital with her sight fully recovered. Her adoptive parents and the FBI try to find out what happened to her, but she seems to be more interested in bringing together a group of people she even knows.

Although not as well known as the other series on this Black Mirror list, Utopia shares many aspects that will surely interest you if you are a 1. Technology fan and 2. Teen science fiction lover.

A group of teenagers discovers a comic called Utopia, but this is not just any comic as it reveals shocking future events that could bring humanity to an end. Together they are on a dangerous mission to save the world.

Do you know of any other Black Mirror-like series that we should add to this count? Let us know in the comments!

8 best josei animes that you must watch