Nanatsu no Taizai, also known as The 7 Deadly Sins is a shounen series illustrated by Nakaba Suzuki, which premiered in 2012 and was adapted into anime in 2014. There are currently four adapted seasons and the manga recently ended. In this Super Article, we are going to talk about the most important characters in the series, without falling into manga spoilers but with several anime spoilers up to where it has been broadcast. Let’s get started! 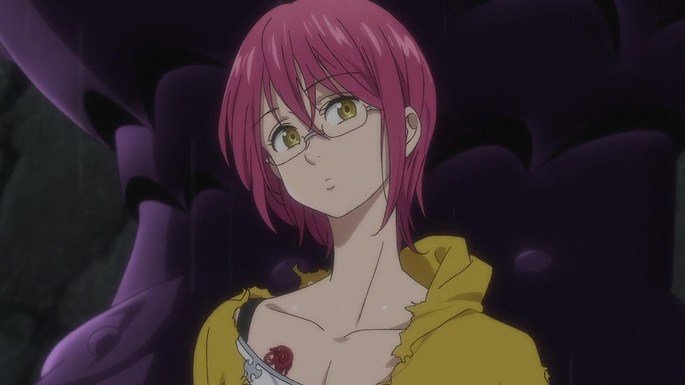 Meliodas is the first sin that Princess Elizabeth finds and, aware of the situation in the kingdom, he will help her find the other members of the team. Confident, playful and a bit perverted, he is always accompanied by Hawk, his talking pig friend. His sin is Anger and his symbol is the Dragon. He is also the owner of the Boar Hat bar.

Let’s see How many seasons of naruto?

Abilities: Snatch, the ability to pick up / steal items and even the abilities of other creatures without physical contact.

Who represents the sin of greed of the fox is Ban, the immortal. Unable to be fooled by his aggression in fights and his way of conquering, Ban relaxes daily and always puts his friends first. In addition to his immortality, his ability, Snatch, has made him famous.

Skills: Creation, the ability to shape and control the earth as you wish, using it to form towers, bend irons, communicate, or craft weapons. The user can also transform their own body into metal.

Diane is very nervous, shy and insecure (although she does not admit it and is sometimes very confident). Anyone who knows her knows she has a bad temper, but her heart is big and she does whatever it takes to save the life of an innocent. Their powers come from the great connection that the giants have with nature, which allows them to manipulate the earth. In addition, it has great strength. His sin is Envy and he bears the mark of the Serpent.

Skills: Levitation, Transformation and “Disaster”, absolute control over life and death, transforming simple wounds into mortal wounds. It also makes its user capable of manipulating the development of plants.

His sin is Laziness, he bears the mark of the Grizzly. The true name of this Sin is Harlequin, but he is better known as King, for being the King of the Fairies and the protector of the Fairy Forest and the Fountain of Youth within.

Skills: With “Invasion”, he can manipulate memories and souls.

The mysterious Gowther is actually a doll created by the great Sorcerer. His androgynous appearance is due to the fact that his creator created him with a masculine body, but with the appearance of the woman he loved. Unable to have feelings and emotions, he has difficulty interacting socially but is extremely observant and logical. His sin is Lust and he bears the mark of the goat.

Abilities: Through the Infinity ability, he can keep all his spells active for as long as he wishes.

Known as the greatest witch in all of Britain, Merlin (her pseudonym, as her name is unpronounceable to humans) generally appears as an attractive woman. Her actual form, however, is that of a girl (but over 3,000 years old). Extremely intelligent, he appreciates knowledge to the point that he has suspended time to study and learn everything. His sin is Gluttony and he carries the mark of the Wild Boar.

Skills: His skill is called Sunshine; reached at noon, this power causes Escanor to radiate intense waves of light and heat that can even melt metal.

His personality and his powers change according to the time of day. He is extremely powerful and a bit arrogant during the day, but his power diminishes as the sun goes down, making him fragile and submissive at night. Although he was born a prince of the Kingdom of Castellio, his parents disowned him after his power awakened. With his new powers and appearance, he was treated like a monster wherever he went, until he met Merlin (whom he seems to have a love interest for) and Meliodas.

Elizabeth is the third princess of the kingdom of Liones, and the current reincarnation of the Goddess Elizabeth. She works as a waitress at Meliodas’ bar when she decides to accompany him on his journey to find the Seven Sins. She is the adopted daughter of Baltra Liones, who took her in after her home kingdom, Danafor, was destroyed.

Abilities: Hawk has the ability to absorb the abilities and characteristics of what he eats, but only if what he ate has magical powers. These abilities disappear once the food is digested and expelled.

Hawk is a talking pig, Meliodas’ companion. He is the caretaker of the Boar Hat and helps clean up the food scraps left by the customers. He has a big ego and claims to be more powerful than the Deadly Sins, even comparing himself to the Demon King. However, when an enemy attack, they often act scared.

Elaine is a fairy member of an elite warrior, in charge of the Fountain of Youth. Also, she is the younger sister of the current fairy king, Harlequin (King). He has a special relationship with Ban.

Helbram was one of King’s closest friends until he assumed a human form and joined with the Holy Knights, betraying him.

Oslo is King’s pet, a Black Hound, a cruel and savage creature that will hunt his enemies until he manages to kill them completely. It is hinted during the series that Oslo is the reincarnation of Rou, who lived 3000 years ago.

One of the most powerful knights of the kingdom of Liones, until his death, which happens ten years before the beginning of the series. He is the father of the Holy Knight Gilthunder, and was the superior of the Seven Deadly Sins during their time as Holy Knights, before they were indicted for his passing.

Younger brother of Zaratras, father of Griamore. He is unscrupulous when carrying out his work, as he is willing to capture the king and treat the citizens as slaves if it helps the cause to prepare for the Holy War.

Birthday: October 31
Race: Human (Druid)
Age: 39
Skills: Acid, use a corrosive power to consume the opponent’s flesh. It also has the ability to “purge” the druids.

He is the main antagonist of the saga of the Holy Knights, a great friend of Dreyfus. He is responsible for the creation of the Reactor class of Knights who almost ended peace in the Kingdom.

Abilities: He inherited the same ability to create and control lightning bolts from his father.

Son of the late Zaratras. He is one of the most powerful knights in Britannia, capable of taking on entire armies alone. It is as agile and as strong as Melodias.

Birthday: September 19
Race: Human
Age: 21
Skills: Tempest, which allows you to manipulate the air to form vortices and whirlpools.

Howzer is an easily fooled, innocent and carefree young man. He is not very smart and seems to have a romantic interest in Diane, despite knowing that she is a member of the Seven Sins.