Vampire anime series is very diverse. We have very different exponents from each other. For example, we can have a series of actions, suspense and terror on the one hand, and on the other, we have a harem with beautiful girls (or boys) where the protagonist discovers that the love of his life is a vampire. Regardless of what type of series we are looking for, there is something for everyone in this branch of anime, so: Are you ready? Let’s get started with the best vampire series! 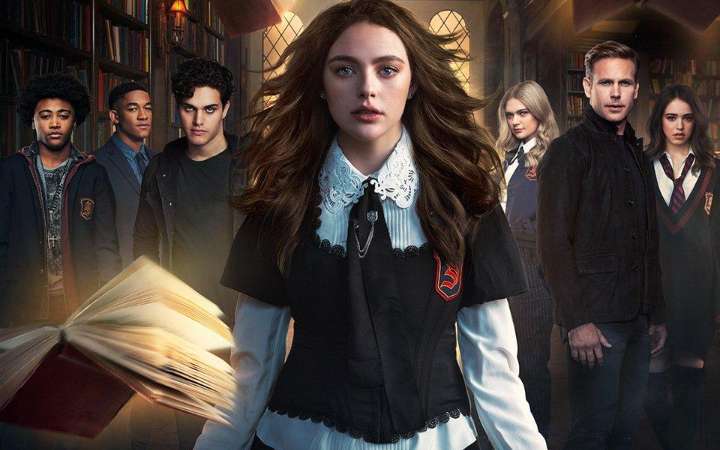 In the world there are creatures full of darkness and cruelty that roam at night, devouring humans who have the misfortune to run into them. But there is also Hellsing, the organization in charge of ending these supernatural forces that put the human race in check. At the head of this organization is Integra Fairbrook, the commander of a powerful militia who is dedicated to fighting these beings of darkness. Although his army is vast and imposing, it does not compare to Integra’s best weapon: the vampire Alucard, a traitor to his people who works as an exterminator for Hellsing.

This improved version of the original anime, Hellsing (2001), tells the story more faithful to the manga, and has more adult and creepy touches than the original series. You can enjoy the equalizer 3 with it.

The story begins with Dio, the son of Dario Brando, a man who saved the life of an English nobleman in 1868. This nobleman is named George Joestar. George, to pay his life debt, takes Dio in when his father passes away. However, the young man is dissatisfied with his current life, so he hatches a plan to keep the Joestar house, killing both George and his son Jonathan, known as JoJo. The attack carried out with an Aztec mask with supernatural powers, will cause a series of events that will transcend in time beyond half a century later.

We follow the story of D, an infamous “dunpeal”, born to a vampire and a human mother. He is an outcast, but he is also a renowned vampire hunter. His ability to hunt down these beings of darkness has allowed him to be accepted by the human race, who entrust him with the rescue of Charlotte Elbourne, a young woman from a wealthy family who was kidnapped. Charlotte’s father offers her a generous reward for finding Charlotte, whether she is dead or alive. The problem begins when D discovers that also a band of bounty hunters, allied with the Markus brothers, are also looking for the young woman to obtain the prize.

As one of the parts of the Monogatari series, Bakemonogatari is a good place to start with this saga. The Monogatari saga is an experimental animation saga different from what is known, but the plot of this first installment deals with ghosts and vampires. Koyomi Araragi, a third-year student, survives a vampire attack with the help of Meme Oshino, a mysterious man who resides inside an abandoned building. Even though he was saved from full transformation, he still has side effects, such as the ability to heal with superhuman speed, and improved vision.

Saya Otonashi is a seemingly normal young woman who lives a worldly life with her adoptive family in Okinawa. In fact, his only worries are that he suffers from anemia and that he is unable to recall his past beyond the previous year. However, it doesn’t take long for Saya to catch up with her when she’s attacked by a creature that feeds on human blood. When she thinks she has lost the battle, a mysterious man named Haji appears before her and defends her from the creature, but when she forces her to drink its blood, Saya goes into a trance and is capable of slaying the monster with total ease.

Megumi Shimizu is a fifteen-year-old girl who has fantasized about having a glamorous life in the city all her life, but her unexpected death in the quiet town of Sotoba marks the beginning of what seems to be a strange epidemic that transforms summer into a season of blood and terror. A doctor named Toshio Ozaki begins to doubt the nature of the disease, and discovers that to know the truth, he must abandon his humanity. Meanwhile, Yuuki Natsuno, an antisocial young man from the city, is haunted by Megumi’s unexpected death, and must deal with the pain of the tragedy of her loss. Toshio and Natsuno end up working together in a desperate effort to save Sotoba, before it turns into a ghost town full of vampires.

Yuuchiro and Mikaela Hyakuya are the survivors of a mysterious disease, a virus that kills all those who are over 13 years old and that condemns humanity to live as slaves for power-hungry vampires who have been hidden for years, waiting for a chance to attack. Now, the remaining humans are forced to work as his slaves and his personal blood banks. Our protagonists begin to create a plan to reveal themselves to their captors, but the plan fails, and Yuuichiro is left alone. Now, a member of the Moon Demon Company, a military elite tasked with murdering vampires, will begin training to end this threat.

Sixty years ago, the population of an entire town was attacked by an insomnia epidemic that prevented them from sleeping for a whole week. The victims, suffering from an extremely dangerous lack of sleep, went insane. The only cure for this disease came early, but the side effect carried with it the vampirism gene. Eventually, there was a war between humanity and this new species, managing to win the confrontation and establish their power before it. However, a small group of vampires managed to survive. The main character is My Liu, a hybrid between vampires and humans, the son of both species and nicknamed the son of hope, since his role is crucial for both species, since he must try to unite them.

New York is now known as Hellsalem’s lot, and its inhabitants have changed over the years. Previously, it was the city that never sleeps, but now, it is full of supersonic monkeys, vampires, talking fishmen and very diverse supernatural monsters, who share the stage with humans. This is because three years ago, a door between Earth and the Hereafter was opened, forcing humanity to live with these supernatural beings. To maintain order, the Libra organization was created, and its main task is to prevent chaos from spreading to the rest of the world at all costs.

Staz Charlie Blood is a powerful vampire, in charge of the eastern district of the demon world. According to rumors, he is an unscrupulous, bloodthirsty vampire, but in reality, he is just an otaku obsessed with Japanese culture and not interested in human blood at all. When Fuyumi Yanagi, a Japanese girl, accidentally enters the demon world through a portal, Staz feels lucky, but when he begins to feel attracted to her, they attack her territory, resulting in Fuyumi’s death. Staz vows revenge, which could allow her to fulfill her dream of entering the human world.

In this story, we follow Kojou akatsuki, an ordinary high school student, in the demonic district of Itogami Island. But his quiet life comes to an abrupt end when a chance encounter grants him the incredible powers of a vampire. It is not long before he discovers that he is part of a legendary bloodline of vampires, with impressive destructive potential. Fearful of this potential, a special agency sends an apprentice shaman and swordsman, Yukina Himeragi, to watch over him, and should he turn into a threat, he must assassinate Kojou in cold blood.