With the legendary movie Battle Royale, Japan demonstrated its ability to create memorable survival stories. Anime of this genre describes scenarios in which the characters struggle to survive. It doesn’t matter who, but there is always something trying to kill our heroes. 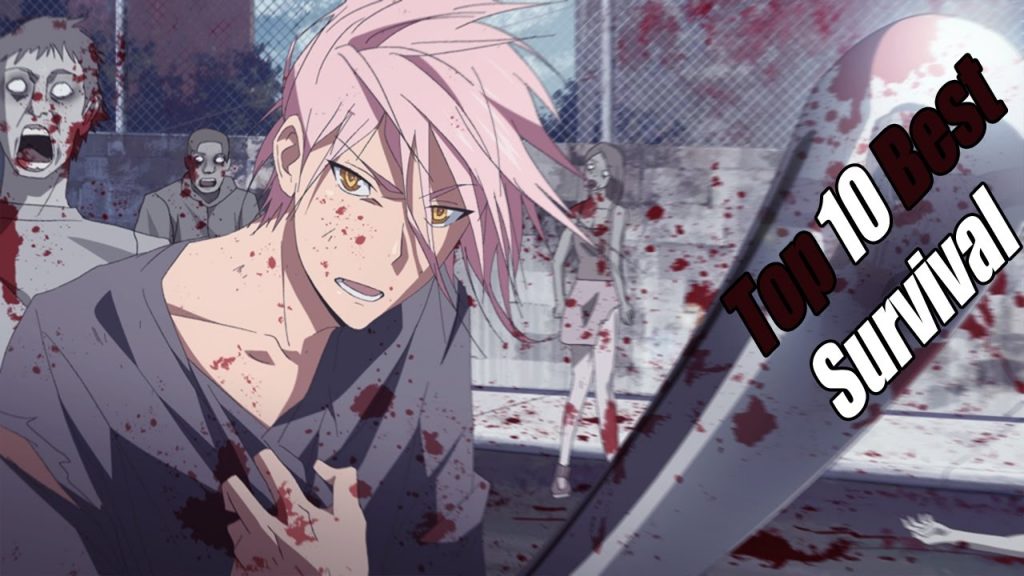 This anime is not as disturbing or gory as some of the following recommendations. Log Horizon is aimed at all those who want to live within their favorite video games.

It is an anime that does what it promises. It is fun to watch and easy to enjoy at night when you want to rest. The story does have action scenes, but its focus is more on the dialogues and the interaction between the different characters.

It is set shortly where people can control their avatars in a universe in line with their brain waves. But our hero, Kirigaya Kazuto, and other players soon realize that they are unable to log out of the game and only can fight for his survival.

He is in a high school, but it is not just any high school. To graduate, students have to kill their classmates. If the killer has his way and succeeds in exterminating the other students, you are guaranteed a successful life. If not, he will be killed.

This is a very interesting anime that will catch you and won’t let you go until the last episode. The main strength of this anime is that not only does it have a story that attracts attention, but it also has other mysteries that will slowly be revealed. It’s worth seeing, so give it a try.

PHANTOM: REQUIEM FOR THE PHANTOM

With this anime, we get closer to the darkest and most psychologically moving anime. It revolves around the mafia located in America and how a Japanese tourist is drawn into the world of slaughter, death and cold assassins. Zwei has to fight to survive the new life she has been forced to live.

This anime is for everyone who enjoys stories set in an urban environment in modern times.

HIGHSCHOOL OF THE DEAD

For those who enjoy stories set in a high school, we present Highschool of the Dead. The story revolves around a group of high school students who try to survive in a universe where the outbreak of a new plague has turned most of them into Zombies. With this series, we will have a lot of blood, many fights, and a lot of fanservice.

Check it out if you are a fan of the undead!

It seems that more and more anime series are taking advantage of the premise of “being trapped inside a video game.” However, in Btooom, they are not caught in the game. Instead, they are playing it for real. There are no special boosts, but weapons based on the weapons in the game where they will hurt you or die if they hit you.

Imagine yourself living in a world where giant titans are around to eat you alive. This could be the cruelest survival anime that also strives to make its characters’ despair and terror feel. What is special about this anime is that you cannot predict who will die or be injured next.

It shows the fight of the game addict, Itou Kaiji, who participates in a unique game. He has the opportunity to fight other players in a game adjusted to the popular rock, paper or scissors to earn enough money to get rid of all his debts.

It portrays the worst-case scenario when accused of a crime that was not committed. Ganta Igarashi is tried and sentenced for brutally murdering his classmates, for which he is sent to Deadman Wonderland, the first privately-owned prison set in a dystopian future. I didn’t expect that Deadman Wonderland is an amusement park where inmates compete in bloody games for the entertainment of the masses.

It might be the most popular Survival anime out there, plus it created the infamous character of Gasai Yuno, one of the most psycho girls in anime.

This is the anime equivalent to Battle Royale, so if you are a fan of this famous movie, you will also enjoy Mirai Nikki.

The main idea is intriguing. Its future development also makes Mirai Nikki such a special story. See for yourself if you are ready for a psychological thriller that will keep you entertained for a long time.