After is one of the hottest romantic movies available to enjoy as a couple. If you already saw it and have enjoyed it, surely you want to see other movies similar to After. Luckily for you, we have compiled some of the best movies of this genre.

In which the center of the plot is the tough romantic relationship between the protagonists. That, despite the obstacles, be it illness, distance, social status, etc. They will have to overcome it to be together. Enjoy together: Shows like black mirror that you will love

Best movies similar to After

1. Two meters from you

This film is about two young people who meet and fall in love in the corridors of a hospital. The lucky meeting is due to an irreversible disease that both fight every day.
However, they have only one option to be close to each other, and that is five steps apart. To avoid being contaminated with possible infections. If they choose to continue, they must learn to love each other without the need to touch.

They may have another option, which is to live and know love knowing that they will die at any moment. Which one will they choose? As you can see, it is a great option if you are looking for movies like After.

The kissing booth is one of the films similar to after, not so old. It was released in 2018. It had a great success due to the story that they show us, when Elle Evans, a very beautiful teenager, has not lived the experience of the first kiss.

Even though she has never kissed, she decides to attend the kissing booth. When the spring carnival hits her high school, this teen kisses her secret crush. This being the happiest moment of his life, feeling for the first time the butterflies and sparks flying.

But as in any romantic movie, the problem arrives. It turns out that Noah (her secret crush) is the brother of her best friend, Lee, which she considers to be off-limits based on their friendship pact. The story gets even more interesting when despite their pact, he decides to start a secret romance. Will friendship be lost for love? What will be stronger, a pact of friendship or the heart?

3. Under the same star

In this film, similar to After, we meet a couple suffering from the same disease. 16-year-old Hazel Grace and Augustus Waters both have the impression that they are in the terminal phase. The two protagonists meet at a support group meeting.

From that moment on, their lives seem to have been rewritten, having a new reason to fight for their lives. Like-minded spirits, the same charm and a pleasant sense of humor. They are the essential characteristics that keep us all interested in the outcome. Under the Same Star is undoubtedly one of the films similar to After : In a Thousand Pieces.

Another film similar to After, but in this case Me before you (me before you) was inspired by the Jojo Moyes bestseller. Where he tells us a beautiful story about Lou, a young woman with no prospects in a small town. Together with Will, a successful man who has to say goodbye to many things after an accident.

After the accident, Will believes that he no longer has a reason to live. However, this changes when Lou is hired as a nurse. Loe’s mission will not only be to take care of him but to show him that he is still worth living. This makes the two of them go on more adventures together.

5. To all the boys I fell in love with

The famous movie “To All the Boys I’ve Loved Before” is a great alternative to After-like movies. Here Lara Jean is shown as a house sparrow. After his mother dies, he decides to spend most of his time with his family. Living more with Margot, his older sister, Kitty the youngest and Daniel, the father.

Jean has already been in love, yet she never did much more than write letters to the boys she fell in love with. The point here is that he never got to send those letters. However, the biggest problem comes when one of the letters is addressed to her sister’s boyfriend, who at the same time turns out to be the neighbor’s son. The young woman, to solve this love problem, decides to use an unconventional strategy.

Find out how the plot ends and if you like it, let me tell you that it is now available” to all the boys I fell in love with 2″

Clearly, this movie “3 meters above the sky “must be among the films similar to After. Although it has its years since it was released in the cinema, even today, it is still the world’s favorite.

The story is about two young people who live in opposite worlds in Barcelona. The protagonist, the sweet Babi, is the upper-class girl in whom the parents take extreme care, preventing her from mixing with lower-class people, which means trouble when she meets Hugo, known as tough H.
As you can imagine, this boy belongs to a lower class. He is irresponsible, impulsive and fond of illegal motorcycle fights and races. This is the focus of the plot of an impossible love, where both drag a frantic journey to discover love.

We continue with the film I have the desire for you, a sequel to the previous film “3 meters above the sky”. In this installment, we see the sexy Gin, who is Hugo’s, new love. However, he cannot forget his old girlfriend (Babi).

Hugo, after spending time in London, away from the indelible memory of that first love that haunts them. Who believes that Gin is the perfect girl to rebuild his life and finally forget the tragic past.

After all, Gin is a girl with a cheeky, effervescent and vital spirit, ideal for making forget to rekindle the magic of love. But what Hugo does not have is that sooner or later, he will have to meet Babi.

Finally, we want to recommend one of the latest movies similar to After that was released recently. Violet and Finch are on the lips of all young people and lovers since they tell us the story based on the real-life of two friends.

Violet and Theodore Finch, who, despite studying at the same high school, have an encounter that changes their lives forever. They both struggle to leave behind scars from the past that often make them want to kill themselves.
However, during their relationship, they discover that the most insignificant moments, the little details. They can be of great crucial importance in your life. 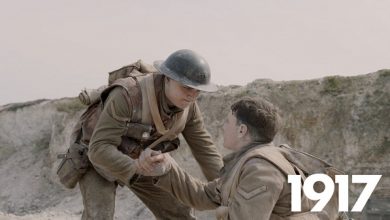