Japanese culture has conquered the whole West thanks to the phenomenon of anime. Among these, some shows have now become a real cult, such as Dragonball, One Piece, or Naruto broadcast over and over again on television networks. Here we will report 10 of the best isekai anime of this genre that has ever been produced.

Like any form of art expressed through the media, whether they are paper or video, there are many categories of anime, including shonen, aimed at a mainly young male audience, or seinen, aimed instead at more adults.

In recent times the genre of Isekai is becoming widespread, souls that tell the stories of young boys, in many cases problematic in relating to others, often even hikikomori, who is catapulted into alternative realities, in many cases worlds belonging to video games, from which they are unable to get out in a simple way. The viewer will follow the adventures of the heroes in search of a way to return to their own universe.

The order is purely Random. We have inserted a numbering simply to better organize the contents. You can see the best romance anime movies of 2021 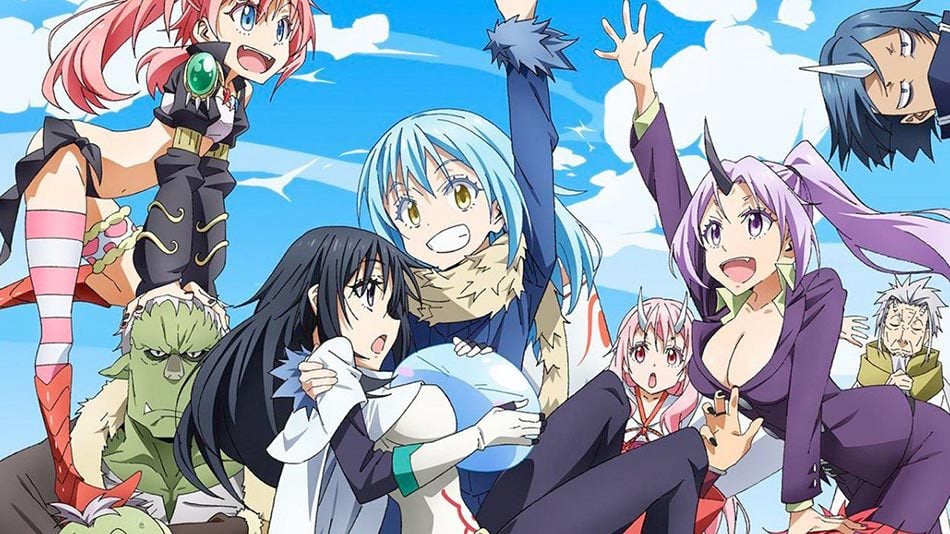 Slimes are small jelly-like monsters typically used as enemies in Japanese video games. Vita da slime tells the story of Satoru Mikami, an employee who dies trying to protect a colleague from a robber. This awakens in a cave reincarnated in a slime named by a dragon Limur Tempest. The anime continues narrating the events and personal growth of Limur.

This is one of the most famous anime of its kind ever. Shortened to the name of SAO, this anime tells the story of Kirito, Asuna and their friends engaged in adventures that live in the virtual world of Sword Art Online, an MMORPG game produced by the fictional company NerveGear, which players can access through a helmet. Virtual reality stimulates the 5 senses through impulses sent directly to the brain. The downside of participating in the game is revealed after the players have already connected. They discover that it is not only impossible to return to real life but also that if you die inside it, you die in reality. (If you like SAO, you will find similar anime here)

3) In Another World with My Smartphone

Another World with My Smartphone tells of Toya Mochizuki, a boy who is inadvertently killed by a god. This divinity, which deals with reincarnating the dead in worlds different from the one of origin, decides to be forgiven by fulfilling a wish of the boy at the time of his rebirth. This surprisingly asks to be able to keep his smartphone once reborn. The anime follows Toya’s story within this new world.

This anime tells the story of Hajime, a boy who, along with his class, is transported to a parallel world to fight the threat of demons. The protagonist is taunted by his companions, who gain powerful abilities, as his only power is to transmute materials. While exploring a dungeon, Hajime is betrayed, trapped and abandoned.

After this story, Hajime’s determination awakens his spirit, so he decides he wants to survive and get out of the dungeon at any cost. The anime tells of his journey, during which he improves his skills and meets several travel companions in an attempt to escape the trap into which he fell.

5) The Rising Of The Shield Hero

The Rising of the Shield Hero tells of Naofumi Iwatani, a boy passionate about anime and video games which is transported together with other people to an alternative world with the task of becoming a hero and defeating the so-called “waves,” hordes of monsters and demons that they occur cyclically in this world.

Naofumi is assigned the weakest weapon among the members of his group, who, for this reason, will later betray him. So Naofumi will decide, full of hatred and anger, to get revenge.

In this case, we are talking about an Isekai classic. It tells the story of Kagome Higurashi, a modern-day Shibuya girl who falls into the well and wakes up in Japan during the Sengoku era. The girl wandering around in disorientation finds the half-demon Inuyasha in a state of “hibernation.” The manga that alternates comic, romantic and action phases follow the story of a couple of protagonists.

The famous Digimon aired a few years ago on the networks. This tells the story of seven youngsters, the “digipirected,” who are sucked into a virtual world. Here they will meet the Digimon, digital creatures with the most varied features.

Each of the protagonists will bond in a friendly relationship with a Digimon, living together with a series of adventures during which, thanks to the aid of a device called digivice, the Digimon will learn to evolve by transforming themselves into more powerful versions of themselves, making them in able to face ever greater threats. This is only the first, but the adventure continues in the series to follow, as well as a multitude of spinoffs, films and video games.

This anime is unique compared to the others. In this case, in fact, the protagonist is a real samurai of 1600, Ii Naomasa, who is mortally wounded during a battle. This awakens in a corridor where a man directs him to choose one of the doors present. The protagonist finds himself unconscious again, but this time when he wakes up, the world around him is what would seem a sort of fantasy Middle Ages, populated, as well as by humans, by a series of creatures typical of the genre, including fairies, elves, gnomes and dragons.

In this world, there is a battle between two factions curiously composed of real Japanese historical characters. These are the Drifters, among which Ii will join, and the Ends led by the Black King.

This work tells the story of a group of children trapped in Mobius, a world in which they become typical high school students and are forced to repeat the three years of school over and over again. All of them have forgotten the real world, but for various reasons, some understand that what they are in is nothing but a deception.

These will form the group of students “Go Home Club” determined to shed light on the mystery and find the way to the real world.

10) Youjo Senki: The Saga of Tanya the Evil

It tells the story of a salaryman who had no faith in God and led an immoral life. For this reason, at his death, the offended god brought him back to life as a girl called Tanya Degurechaff in an alternative world in constant conflict, reminiscent of a Europe in the period of the great war.

The god also promises that if Tanya dies again, she will not be entitled to further reincarnation. She will be sent directly to hell. The story tells the story of Tanya and her search for redemption, climbing the military hierarchies as quickly as possible.