Ecchi is a favorite genre for many in anime, and it is not usually the lynchpin of their series. Rather it is an added element to a good plot. To save the trouble of knowing how to differentiate an ecchi without substance from one with an interesting plot or an unmissable comedy, in Super Fans, we leave you this list of the best ecchi anime shows on Netflix that you cannot miss. 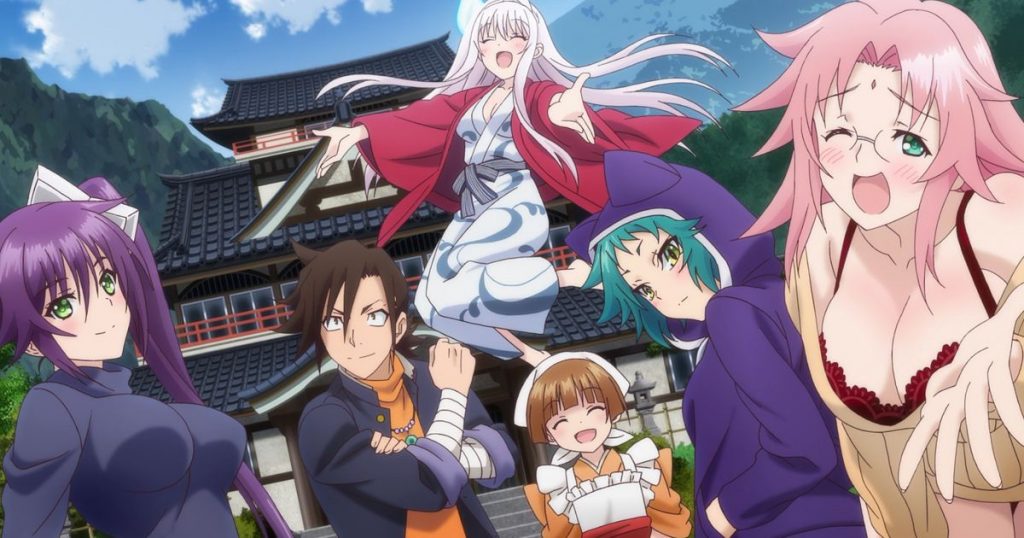 No Game No Life is a surreal comedy that follows Sora and Shiro, young gamers known for being the mythical “Blank.” They see the real world as another silly game, but when they receive an email challenging them to a virtual game of chess that changes their lives, the brothers are transported to a mysterious realm where they meet Tet, the God of Games.

Ryuuko Matoi is the protagonist of the story who searches for her father’s murderer’s culprit. Her efforts lead her to Honnouji Academy, a school very different from the others. The academy is ruled by ruthless student council president Satsuki Kiryuuin alongside her powerful subordinates called the Elite Four. Satsuki gives those who are climbing special uniforms called “Goku,” which give their users superhuman powers in the school’s hierarchy.

In a world resembling the European Middle Ages, the Holy Knights of Britannia use powerful magic to protect the Britannia region. However, a small subset of the Knights betrayed their homeland and turned their backs on their comrades attempting to overthrow the ruler of Liones. The holy knights defeated them, but rumors persisted that these legendary knights, called the “Seven Deadly Sins,” were still alive. Ten years later, the Holy Knights betrayed the state by making a coup and became the new rulers of the Kingdom of Liones.

The undead is real and Japan is thrown into chaos. Takashi Kimuro finds himself at the heart of the matter within his high school, being forced to kill his best friend when he is bitten. He must protect Rei, his friend’s girlfriend, and escape the school as soon as possible to face a society that seems to have fallen to the deadly virus.

Shokugeki no Souma follows Souma, the fifteen-year-old who dreams of becoming a chef. Eventually, he enters a Tootsuki Academy culinary competition. The story touches adult humor with “interesting” takes every time the protagonists take a bite to their mouths.

Issei Hyoudou is a routine student who does nothing productive, and what is worse is that he fantasizes about having his harem. When a beautiful girl asks him out, he turns out to be an angel who ends up murdering him. However, Issei gets a second chance when his partner Rias Gremory, who turns out to be a demon, brings him back to life and serves it and makes him a recruit for a school club.

Louise Françoise Le Blanc de La Vallière is a magician obsessed with the magical world but does not have enough magical abilities, making her look ridiculous. In a summoning exercise that goes awry, Louise inadvertently summons the young man named Saito Hiraga. Louise treats him as her slave but discovers a mark on the boy’s hand, leading her to believe that it could be a famous relative named Gandalf.

When Kodaka Hasegawa discovers that he is being transferred to another school, he is more than determined to make friends. But Kodaka discovers that he is out of luck when he is treated like a criminal as he has blonde hair and an unfriendly expression. However, his life changes when he finds the lonely young woman Yozora Mikazuki talking to an imaginary friend inside a classroom.