Laughter is undoubtedly one of the best medicines, and what better way to brighten our day than with a good comedy anime? Filled with action, adventure, hilarious situations and strange characters, these anime will not fail in their task of keeping your mood high for the rest of the day. So take a look at the best anime comedy and start your relaxing session of non-stop laughs! 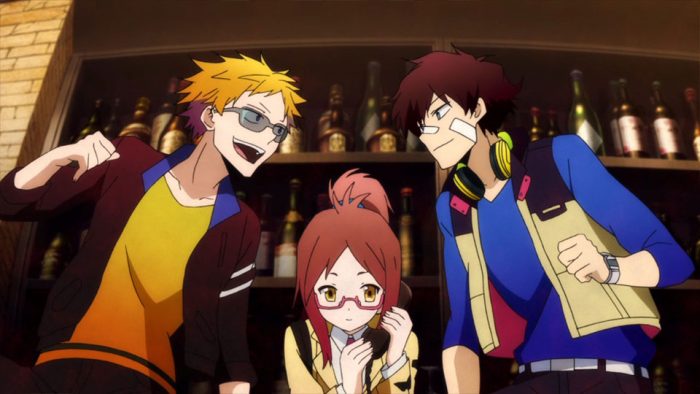 When Haruhi Fujioka accidentally breaks a valuable jug in a hidden club within the high school, the Host Club, a group of eccentric students who entertain and entertain girls for fun, forces the girl into the club to make up for the loss.

Ouran High School Host Club is a fun love story with very peculiar characters. Although the plot is light, some moments are very deep and will leave you reflecting on what you saw.

After one of the ridiculous death scenes in anime history, the goddess Aqua offers Kazuma Satou the opportunity to restart his life in an RPG-like world. He can carry only one item with him and chooses the goddess as his companion for the adventure.

Kono Subarashii Sekai ni Shukufuku o! focuses on the protagonist and his companions who only bring confusion, being a kind of harem anime, loaded with fan-service, but with moments so funny that they will keep you clinging to the small screen.

Osomatsu-san is a tribute and parody of the old Osomatsu animation, which never cared much for logic and was presented as an irreverent and hilarious experience.

The anime has a different animation style than usual and plays with various narrative structures, focusing on the adventures of six infamous twins who ruin everyone’s lives.

Detroit Metal City introduces us to a popular death metal band known for their strange shows and songs, with a singer who seems to be out of hell.

But after the music stops playing when everyone goes home, Johannes Krauser II takes off his makeup. He reveals himself to be a normal student who is a sensitive soul.

This anime is insane, with weird songs, dramatic characters, and funny moments.

One night, a member of the yakuza mob named Nitta is suddenly attacked in the head by a metal object with a girl’s face. After opening the box, a psychic named Hina appears and decides to start living with him. As the two try to adjust to their new life, things go downhill when other psychics start trying to capture Hina.

The situations created in Hinamatsuri are funny, mainly due to the protagonist’s attempts, a man with a life of violence, to protect a psychic girl attacked by the strangest characters you can imagine.

Smart and hardworking, Yuugo Hachiken hates being compared to his older brother and wants to separate himself from his parents’ disapproval. Lost in life, the boy decides to enter the agricultural university, although he knows absolutely nothing about farms.

Gin no Saji has a very well done animation, representing what it is like to live as a farmer. Of course, most of the comedy comes from Yuugo’s mistakes and problems, even with the most basic things in his course. But the plot is fun and interesting enough to fit the small screen.

Seishuu Handa has the tools to become one of Japan’s most famous calligraphers, but he lacks the maturity and motivation to do so. Desperate to help him, his father eventually exiles the artist to the Goto Islands.

Initially, Seishuu sees this opportunity to distance himself from the madness of Tokyo, achieving some peace. But the islanders refuse to leave him alone. The artist constantly has to deal with bored children or curious older adults.

Paired with beautiful animation and emotional soundtrack, Barakamon manages to mix comedy and thoughtfulness that will always distract you in times of boredom.

Space Dandy is a sci-fi anime full of stereotypes of the genre, with strange alien creatures and the main character who came straight out of the most epic adventures.

An homage to classic space operas, this anime is an ambitious, action-packed comedy with completely unpredictable and often shocking arcs, alongside completely bizarre and hilarious characters.