It is necessary to start with what is probably the great classic in this field, both because the series that serves as the background is probably the most popular of all the animation, The Simpsons, and for the time that has been between us. It has merit, in fact, the good way in which it has managed to keep up with the passing of the years, with many updates (although it certainly also helps the loyalty of the fans). It is also a simulation game for all audiences, in which our basic objective will be to build our own Springfield and try to keep it in a certain order.

We move from the classic of the genre to one of the most popular newcomers, inspired by another series with a huge legion of fans in which the protagonist is also humor, only one even more corrosive and irreverent. Because of this it is perhaps already a game not so for all audiences, but it also contributes to this that its game mechanics is more complex and has a much more pronounced competitiveness factor: it is a card strategy game with online battles PvP in real-time, although there is also a new story of South Park that we can play alone, if we prefer to go more calmly.

Although it is not a series with a trajectory as long as the previous ones, Adventure Time has already produced a good number of official games and this Champions and Challengers, one of the last, is probably the most interesting of all, and almost no doubt, At least, the one that has received the best reception from the fans. It is similar to the South Park game, although the combat system makes it fall more into the role-playing games, without that meaning that there is no place for strategy, almost the opposite, since in this case, we find a turn system that gives us the ability to stop to think a little more before acting. It is one of the best-animated video games.

Remember that the first game of Futurama, Game Drones can be more interesting for those who prefer games option puzzles and more specifically, the type connects three style Candy Crush, but we will highlight the Worlds of Tomorrow that arrived last year and that has again captivated fans of the series thanks above all to the presence of its protagonists and the waste of humor that they always bring with them, because it is true that as regards the game mechanics we are before a simulation title in which we will have to recreate our own New New York, although we will also have the opportunity to spend some time exploring new worlds.

We ended up with a soccer game, which is a bit of a rarity for a list like this, but it couldn’t be otherwise having as a source of inspiration nothing less than the comics on which the Oliver series was based and Benji with whom so many have grown up. The name may have confused some (although the animations leave no doubt) but it is certainly a game that many will want to give at least a chance to give nostalgia a little free rein, something that makes it even easier There is a story mode that will allow us to relive some of the best moments of the series. It is one of the best-animated video games.

It is not that we have forgotten Pokémon GO , but we have decided to skip it to put as a bonus in this top 5 in representation of the franchise a more recent and somewhat less popular title, which is true that does not move us in the same way to the universe of the series, but that has also conquered many of his fans for the endearing touch that gives him the protagonist of the weakest of all the monsters with which we can fight and for being a game quite entertaining to kill loose moments. Maybe you do not have the quality to enter the top 5, but it is a good alternative to augmented reality, certainly much more relaxed. 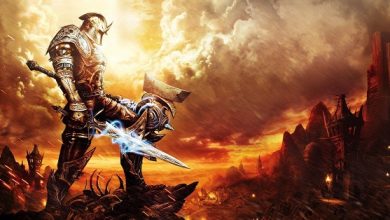