The opposite of Josei is perhaps the best-known Seinen. It literally means “woman” and is a word used to define a genre of manga and anime dedicated specifically to young women.

At the beginning of the history of animation, the series that could be defined by Josei wasn’t many. After all, anime and manga were considered as a hobby suitable mainly for a male audience. This is no longer the case.

Manga readers and anime viewers are more and more diverse, and the percentage of female audiences is growing every year. That’s why having a category dedicated to fair sex is a good business strategy and more.

In the manga and anime, Josei, the protagonists are mainly young women, both students and girls with their first work experiences. The issues addressed are often those of love, inner growth and are characterized by their realistic representation of history. Also watch Shows like black mirror that you will love

The souls presented are the most suitable and recommended for those who love Josei or simply want to approach this new genre in the right way. 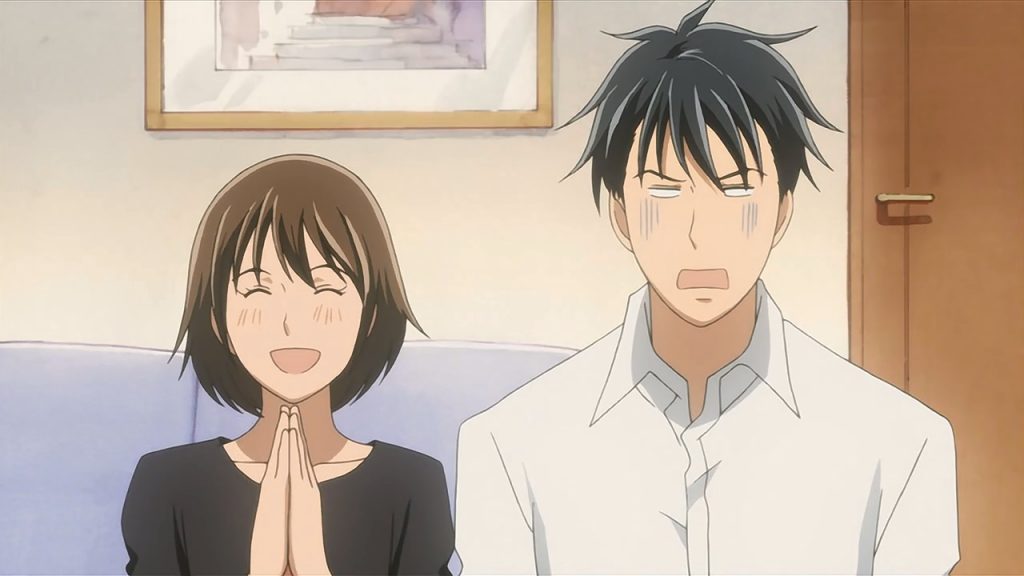 A love story between two incredibly talented pianists, but completely opposite each other. Precise and meticulous, Chiaki is the exact opposite of Megumi Noda, a sloppy and messy girl.

Between the two a relationship is established that goes beyond just love. It is a feeling of rebirth that helps both to get up after a difficult moment. United by a passion for music, they will realize that there are many ways to pursue their goals.

Yukari Hayasaka only has a school in mind. She has promised herself to become the best student of the prestigious institute she attends. In addition to being a very intelligent girl, she has a slender physique. She is tall and very beautiful. Enough to attract the attention of a group of students who want to recruit her as a model.

An encounter accepted with suspicion, but which will lead Yukari to know a world unknown to her that will make her question all the certainties that, until that moment, she believed she had.

A story that has the flavor of home, above all because it is set in our beautiful country, to be precise between Milan and Rome. Two cities stand out for different aspects and the cuisine is one of them.

The protagonist of the story is Nicoletta, a young 21-year-old who, leaving with the aim of taking revenge on her mother, ends up working in the particular restaurant she owns. The work of the assistant cook is heavy but lightened by the magnificent atmosphere of the restaurant and by the company of the charming Claudio.

A particular anime, different from the usual commercial genre, an interesting journey into the world of rakugo, a Japanese theatrical form.

Just like in rakugo, Shouwa genroku rakugo shinjuu also tells a story, but it does not do it in a comic key but by raising emotions and involving different actors who, all in their own way, have an important part in the plot.

Nothing is normal and ordinary in Kuragehime, neither the protagonist nor her passions, nor the protagonist. A certainly nonconformist story, which has no problem going against the common “taste.”

He knows how to mix humor, seriousness, hot topics and much more. All always with the lightness and uniqueness that distinguishes Tsukimi and her amazing friends and tenants.

Chihaya’s life and efforts have always been directed towards the realization of the dreams of others, especially her sister, who has always wanted to become a model.

The meeting with a talented card player, better known as Karuta, and the strong words of her sister, will push her to change direction. Fascinated by the card game, Chihaya has decided to put all her effort into realizing her dream: to become the best Karuta player in Japan.

A story of daily life between his nephew Daikichi, thirty, and his aunt Rin, six. Born from an illegitimate relationship between an unknown woman and Daikichi’s grandfather, the girl is left alone in the world.

The family does not look favorably on his presence. The only one who decides to take care of the girl, despite the perplexities of many, is Daikichi, a bachelor who is convinced that he has never taken care of another human being.

A coexistence, between the two unusual relatives, which manages to illuminate and liven up the lives of both.

The anime, as well as the manga from which it is based, is incomplete, has been in a state of hiatus for several years and it is not known what the intentions of the mangaka Ai Yazawa are.

In roaring Tokyo in the early 2000s, two girls in their twenties accidentally meet on the train. Both have recently decided to move to the capital of the Rising Sun and are full of expectations and desires. Each one wants to follow her own path and even if they have completely different lives, desires and styles, they will find themselves sharing the same apartment.

Although the themes covered by the series are strong and thorny in many points of view, Nana has managed to carve out a well-deserved page in the history of both animation and the world of manga.